Spanish and its impact on healthcare — background, facts, and the future of healthcare by considering this population

Spanish language and the Hispanic/Latino background in the US

Populations of the United States who used to be described as being of Spanish ancestry have over time come to be referred to as “Hispanic” or “Latino” and come from various racial, socio-economic, and historical origins. Both terms now apply to populations of Spanish-speaking nations of the Americas, as well.  We must remember that geographically, America consists of North, Central, and South America.  North America is composed of Canada, the United States, and Mexico, also known as the United States of Mexico.  Central America consists of Belize (English is the official language), Guatemala, Honduras, El Salvador, Nicaragua, Costa Rica, and Panama.  South America is comprised of Argentina, Bolivia, Brazil, Chile, Colombia, Ecuador, Paraguay, Peru, Uruguay, and Venezuela.  Some consider Guyana and Suriname, as well.  Guyana’s inhabitants speak English, a consequence of British colonization, while the official language of Suriname is Dutch.  In Brazil, Portuguese is the official language.  All the above countries, except those otherwise indicated, speak Spanish.

In case you were also wondering, Cuba, Puerto Rico, the Dominican Republic, and Haiti all form part of the Caribbean.  (Haiti is French speaking).

Interestingly enough, Hispanics/Latinos were the first to introduce western culture to North America and the regions that would ultimately become part of the United States. During the discovery and colonization of these countries, Hispanic people established institutions and ideas that have been known as “American.”

The Hispanics/Latinos contributed to not only modern technology, such as those required for ranching, farming, and mining, but also many ideals and viewpoints prevalent in western intellectual culture. 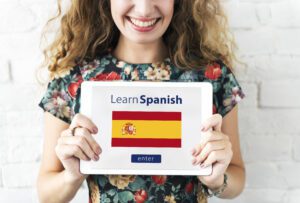 Latinos/Hispanos living in the US

In the United States, Hispanics make up the most significant minority. In 2019, the United States had approximately 60.5 million Hispanic inhabitants. According to projections, the population will reach 111.22 million by 2060, making a substantial U.S. population growth.

Since Latinos represent a large majority in this country, they also require vital services and one of the most important is healthcare.  However, one of the main obstacles when requiring medical attention is often the language.  Other barriers may also include cultural limitations, a lack of access to preventative treatment, and a lack of health insurance are all variables that influence Hispanic/Latino health. According to the Centers for Disease Control and Prevention, heart disease, cancer, accidental injuries, accidents, stroke, and diabetes are among the leading causes of sickness and mortality among Hispanics/Latinos. They face additional health concerns and risk factors, such as, asthma, COPD, malnutrition, liver disease and suicide.

We here at Ríos Associates strive to bridge this gap and feel we must take into consideration the benefits on both sides of the relationship.

As a healthcare professional, by speaking Medical Spanish, being Culturally Sensitive, and establishing a closer relationship with your Latino patients, you will be able to:

Our objective is to teach medical Spanish and Cultural Competency to health care providers to better serve the Latino community.

Our various programs teach you to communicate with your Spanish-speaking patients to form strong clinician–patient rapport. You learn a standardized universal Spanish. Your Latino patients will come from a variety of countries, education levels, socioeconomic backgrounds, and origins (whether urban or rural). Some may be from indigenous groups for whom Spanish is also a second language. The point is that their Spanish accents, some vocabulary, expressions, and cultural traits will differ; yet you will be able to understand the essential, salient aspects of what they express.

It is important to remember that if you smile and say as much as you can in Spanish — even if it is only introducing yourself—most of your Spanish-speaking patients will be relieved and impressed that you are attempting to learn and use their language. 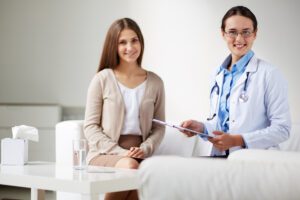 Patient with her doctor

Thanks for subscribing! Please check your email for further instructions.

Something went wrong. Please check your entries and try again.